This article was originally printed in Issue 396 (Nov/Dec 2011) of the Australian Mensa magazine, TableAus.

I waited for the other athletes to take up their positions around the competition area. Months of preparation had led me to this moment.  I’d been told that training is nothing like the real thing, that you always do worse in competition and that you can only prepare so much. Already, I felt that maybe they had a point.

I took up a spot beside one of the other competitors. He was sharply dressed and had flown in from Hong Kong to compete – a real professional. My stomach flipped and I turned my focus to my breathing in order to calm the butterflies in my belly. The chief arbiter ran through the rules but I barely heard her, focusing my mind on the task ahead.

‘Ok Dan.’ I urged myself, ‘This is what we’ve been training for. Its GO time.’

“Neurons at the ready…” the arbiter called out. “Go!”

I heard the clicking of stopwatches and for a moment, I froze.

I dashed past my mailbox and through my fr

ont door, dropping to a roll to avoid a sumo wrestler’s swan dive into a giant dish of noodles. I continued down the hall and grabbed hold of the bannister, using it to slingshot my run up the stairs. I dodged the Pineapple juggling panda-bear on the landing and paused for a moment at the top of the stairs to let a steam engine make its way down my hall and curve on its tracks into my bedroom. Turning the corner I headed down the hall, taking note of the gecko swimming in a tub of custard in my bathroom

Anybody watching me however, would only have seen me sitting quietly at a desk, shuffling through a deck of cards. This was the Australian Memory Championships, where Australia’s best memorizers meet to compete in a battle of the mind. Events involve memorizing, among other things, strings of random digits, decks of shuffled cards, names and faces and lists of random words. 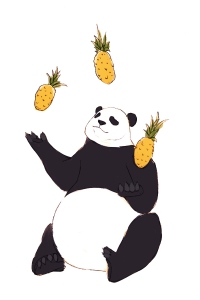 In my mind I was running through a madhouse which represents one of the great secrets of memory athletes and allowed me to memorize the order of my deck of cards in just under five minutes. I was employing a technique known to mnemonists as ‘the method of loci’.

This technique originated in the fifth century B.C. and was invented by a famous Greek poet, Simonides of Ceos. The poet was invited to recite a poem in honor of his host, a nobleman of Thessaly. During the recital, Simonides sang praise to twin gods Castor and Pollux, which displeased his patron. When the performance was complete, the nobleman told Simonides that he would only pay him half of the agreed fee, and that he would have to get the balance of the payment from the two gods he had mentioned.

A short time later, Simonides was told that two horsemen were waiting for him outside. Simonides hurried out, as horsemen are the symbol of Castor and Pollux and the poet knew an omen when he saw one.

Just as he got outside, the banquet hall collapsed, crushing everyone within. The bodies were severely disfigured and very

few could be identified for proper burial, until Simonides realized that by closing his eyes and visualizing himself traveling around the hall, he could recall the exact location where every guest had been seated.

From this experience, Simonides realized that if he wanted to remember something, he simply had to visualize himself walking through a well-known location and form creative associations between the item in question and a memorable feature of that locus. Recalling the items is achieved by simply walking back through the locus at a later date and noting what was there.

This technique is remarkably effective and can only really be appreciated through experience. Simply visualize a journey through your house, and as you come to each room, place one of the following items there in your mind:

Once you are satisfied that your visual images are strong enough (Hint: use crazy and colorful images), cover the list and see if you can recall the items – backwards! If you can memorize 9 items in this manner, you can memorize nine hundred, provided you take a long enough mental journey.

Memorizing a deck of cards with this method involves assigning an image to each card and then placing those images along one’s mental journey.

Today, this technique is 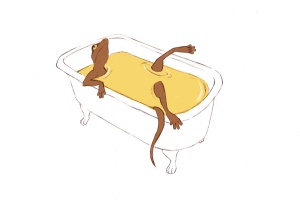 used by memory athletes all over the world to memorize information at exceptionally high speeds. I myself used this technique to memorize two hundred digits in fifteen minutes at the Australian memory championships where I managed to secure second place behind my coach and reigning Australian champion, Tansel Ali. I also broke the Australian record for the abstract images event and am the official holder of that record, after memorizing the order of 99 abstract shapes.

When I first learned about memory sports I had no intention of becoming an athlete. I was, however, interested in improving my memory for study and sought out Tansel, who once memorized the entire Sydney Yellow Pages in only 24 days. He agreed to help me train my memory, but suggested that my goal of improving my memory would be well served if I agreed to train towards competing in the Australian memory championships later in the year. Competition after all, offers great incentive to improve. Who is likely to be better in his chosen domain? A man who enjoys going for a jog ‘round the park each morning, or an Olympic athlete, training to be the best in the world? I believe Tansel was right, but I now also believe that we are all mental athletes; in a competitive world, we all need to be able to remember more, learn faster and be more creative and focused. In this sense, the techniques used by memory athletes are of great use to us all. 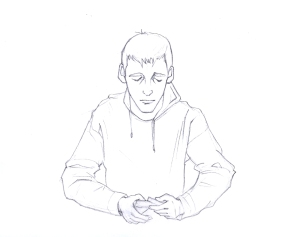